The devastating consequences of Traumatic Brain Injury (TBI) are reduced through the use of cannabis medicine.

Traumatic brain injury (TBI) accounts for approximately 1.5 million visits to the emergency room and hospitalizations every year.  Young men are vastly over-represented within this population. Still, the majority of head injuries are considered mild and do not receive the medical treatment.

The most alarming statistic, perhaps, is that individuals suffering from TBI have a lower life expectancy, deteriorating at about 3-fold faster rate than the average population. This is because the pathophysiological events of TBI lead to cell death, excitotoxicity, neuroinflammation and cerebrovascular breakdown. These cell-level damaging mechanisms are associated with long term physical, cognitive, and psychological disorders that impact immensely on the quality of life.

Even if TBI is considered “mild”, the devastating consequences of this injury can result in the same consequences. Despite the sizeable healthcare burden imposed by TBI, successful therapies are lacking and the existing pharmacotherapies are ineffective.

A growing body of evidence points to the potential of the endocannabinoid system to alter the cellular events that occur in the hours, months and days post-TBI, which may be critical in reducing the neuronal damage and downstream functional outcomes.

Pre-clinical work has shown that in the hours-to-days following the injury, there is a gradual increase in the endogenous cannabinoid, anandamide, in the brain, suggesting that perhaps this reflects a self-neuroprotective response. After the initial insult, the area of the contusion is referred to as the primary lesion, or the infarct, and the area surrounding the infarct is the paracontusional area. So not only is the of area of impact damaged, but also the physiology of the surrounding area becomes affected, effectively expanding the area of the brain that will be damaged.

At the cellular and the molecular level, neuroinflammation ensues, which further promotes cell death. Cerebrovascular breakdown follows, compromising the integrity of the blood-brain barrier, which serves as a protective gate-keeper between the systemic circulation and the brain. The accumulated research of cannabinoids on traumatic brain cell death have so far proven efficacious in two areas: downgrading neurodegeneration and reducing lesion size. 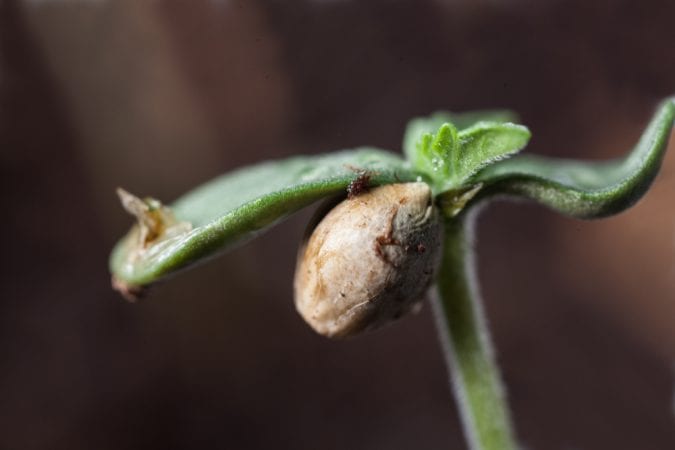 The death of neurons immediately following a TBI is greatly reduced with the administration of CB2 receptor agonists, or inhibitors of enzymes that normally degrade endocannabinoids. Also, when CB1 receptor was blocked alone, or in combination with CB2 receptor, making them unavailable for binding by cannabinoids, the protective effects on lesion volume and neuroinflammation were not observed, indicating that CB1 and CB2 receptor signaling are instrumental in therapeutics of TBI. 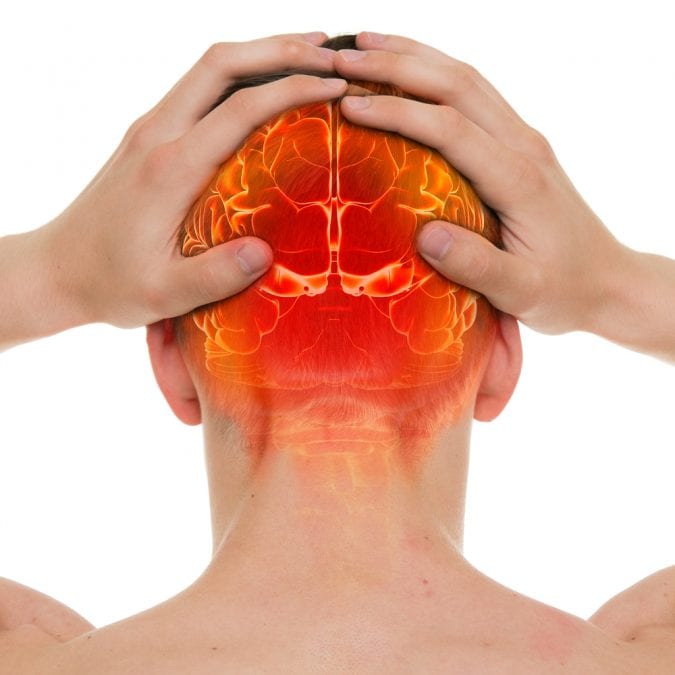 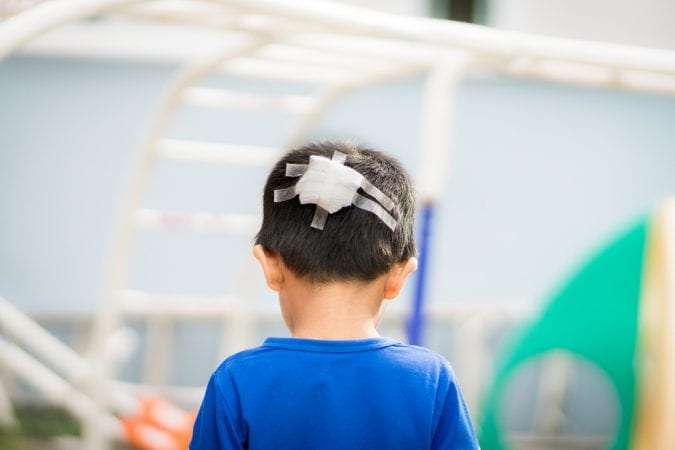 Although the studies conducted so far focused on administering cannabinoid agonists after TBI had occurred, one study did look at the patients who sustained TBI after cannabis use. The hope was to gain insight into whether administration of THC prior to injury had a protective effect. The researchers found, in this 3-year retrospective study, that the individuals who suffered from TBI (and in whom the urine toxicology screens were found positive for THC prior to TBI), had lower mortality rates compared to those in which the THC screens were negative. Based on previous work conducted in mice, it is possible that low dose THC provides impairment protection and serves as pre-conditioning. 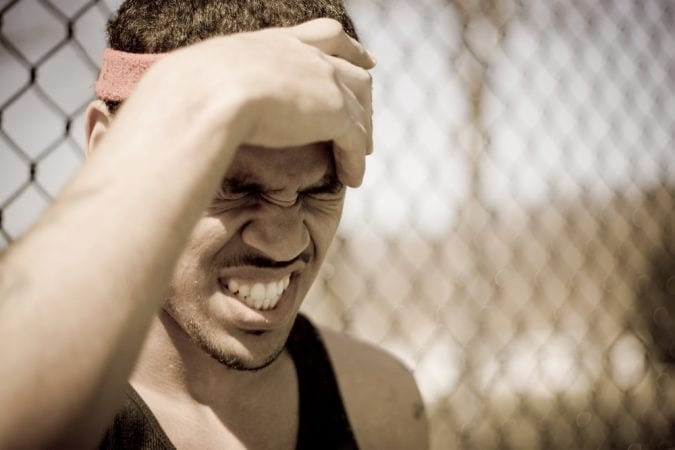 Furthermore, another cannabinoid, CBD, given its anti-inflammatory properties, may be of particular therapeutic potential in TBI. Although there are no studies at present that investigated the use of CBD in TBI therapeutics, it is a promising future avenue of investigation for two reasons. Firstly, CBD is a potent anti-inflammatory molecule that in the context of TBI would downregulate neuroinflammation of the brain tissue at both the contusion site and in the paracontusional area. Secondarily, reduced inflammatory cells and their damaging action on the surrounding tissue would be expected to result in reduction of lesion volume, and thus reduce the extent of the injury. 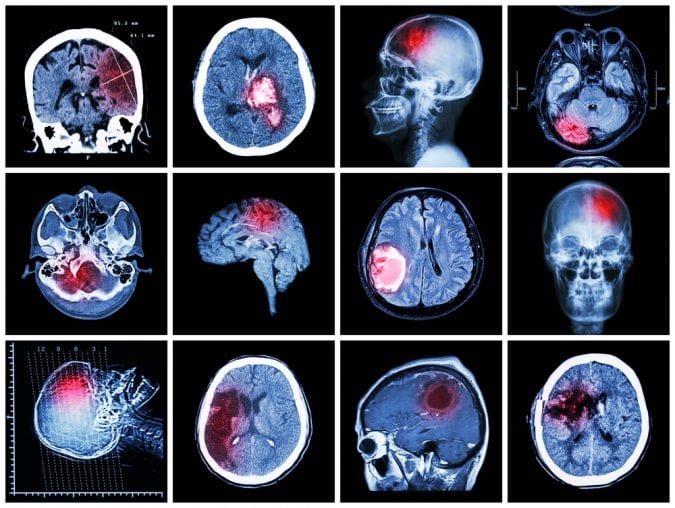 Overall, the abundant and growing pre-clinical research suggests that cannabinoids, both endogenous and phytocannabinoids (found in the plant) exert many beneficial effects that may ameliorate multifactorial TBI pathology. Distribution of CB1 and CB2 receptors in the neural tissue may be one of the key aspects of these effects. Another relevant factor is the dosing of THC and CBD, and in case of THC it has been suggested that ameliorative effects in TBI are observed with low dose administration.